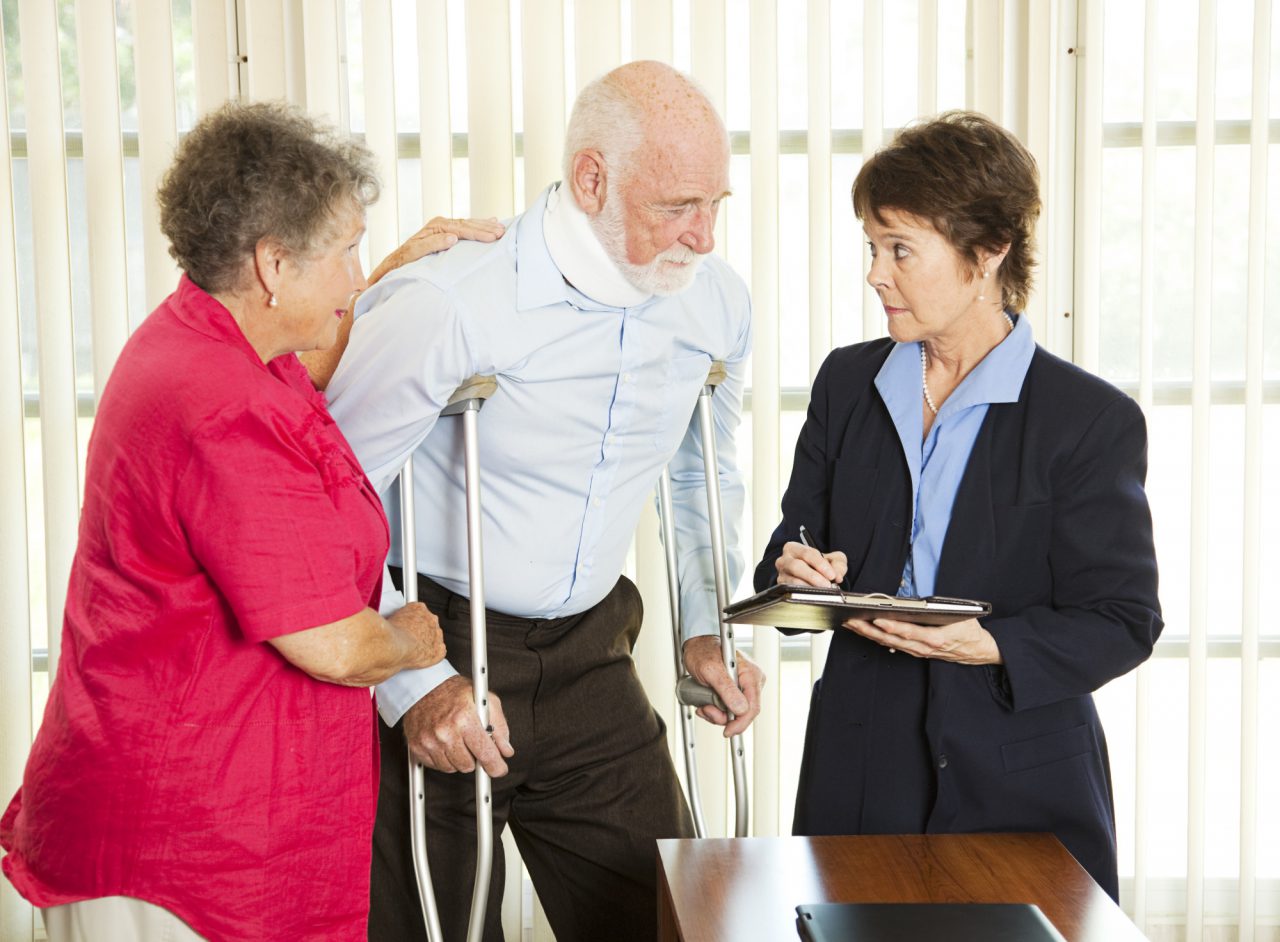 A slip and fall accident can happen to anyone of us at any time. Do you know what your legal options are when you’re the victim? Don’t make mistakes that could cost you money. We’re going to tell you exactly what you need to say and do to make sure that you get the legal remedies and compensation that you’re entitled to receive.

Are Slip and Fall Cases Hard to Win?

1. Someone, other than you, was at fault. You likely never would have had the accident had someone not carried out his duties in a negligent manner. It could be that the owner of the property where you fell was aware that his property presented a risk, but yet, did nothing to remedy the problem.

Or perhaps, the owner made a poor attempt to fix the situation. The court could reason that he didn’t go far enough in his efforts to make his property safe. The court expects him to take whatever actions the court deems a reasonable person would take.

Even worse, the defendant may have been directly responsible for the existence of a risky situation. For example, he could have purposefully stacked boxes where they later became a trip hazard.

2. The accident was the direct cause of your injury.

3. Your injury from the accident has caused a financial loss for you.

The Basics of a Slip and Fall Lawsuit

If the defendant’s lawyer sees that, in the best interest of his client, this case should not go to court, he will offer you an out-of-court settlement.

Usually, this happens when it is clear that the defendant is negligent. For example, if other customers in the store had slipped on the floor not long before you had the same experience, it’s doubtful the defendant’s lawyer will want to contest your claim in court.

The chief advantage for you to agree to settle out of court is that you’ll receive your money relatively soon compared to waiting for an agreement reached at the end of a court battle.

An out-of-court settlement will also save you time. Court trials can cause you to miss work or school. They can also tax you physically and mentally as you prepare for each appearance.

But be careful about accepting a settlement without the counsel of a trusted attorney. Typically, as part of the settlement agreement, you are required to give up any future opportunity to file suit against the defendant for the same accident.

For example, you might settle for what you think is a reasonable amount of money. But then later, you learn that someone else with the same complaint against the defendant received a significantly larger settlement. Your legal agreement restricts you from taking the matter to court to ask for a bigger slice of the pie.

So, it’s wise to have an attorney review any settlement that you’re offered. Your lawyer will be more acquainted with slip and fall personal injury cases. He’ll know whether the money offered to you represents a good offer or is far below what you are entitled to receive.

The Average Settlement for a Slip and Fall

The amount of personal injury compensation that you’re likely to receive depends upon the facts of your particular case. Slip and fall injuries can be minor such as a sprain, but they can also result in major health concerns including surgery and rehabilitation. Even with something as simple as a sprain, there could be the cost of ambulance transport to the emergency room plus an X-ray or an MRI.

There may be numerous doctor visits involved especially if there are complications requiring consultation with specialists. The injury might require extensive rehabilitation with a physical therapist.

In such cases, you’ve likely had to miss a great deal of work. You may not even be capable of working.

The injury could also impact other aspects of your life. You may have had to ask relatives to help care for your house and children because you’re no longer able. The accident could have also left you with stress, fear, and depression. All these factors would have to be taken into account when considering how much you are entitled to receive as compensation for your slip and fall.

If your personal injury attorney proves that the defendant was negligent beyond what is typical in such cases, he could ask for punitive damages for your slip and fall. This move could greatly increase the amount of money that you receive. As the name implies, these added damages serve as a type of punishment with the intent of forcing the defendant to do all that he can to prevent anyone else from getting hurt in the way that you did.

After your accident, don’t assume that you’re okay. Falling in public can be embarrassing and our natural reaction is to try to stand up quickly before too many people notice what happened.

Try to fight that temptation. Don’t move if you sense that something is not right. Request immediate medical attention.

It’s also important to resist the urge to ease the concern of onlookers who ask if you’re okay. Don’t tell them you’re okay. Especially do not say this to the owner or employees of the business where you fell. This statement could later be used against you.

Tell them that you’re not sure. That’s the truth. You won’t know whether you’re okay until you’re checked out by a qualified medical professional.

You also don’t want to say things that sound as if you’re accepting blame for your fall. For example, don’t joke about how clumsy you are or how you’re wearing new shoes with slick soles.

Use your smartphone. Not only can you use your smartphone to call 911 for assistance, but you can also use your phone to document the aftermath of the accident. If possible, take pictures or video of the obstacle that caused your fall.

Those pictures could prove valuable in proving your case. If you wait until days later to take the photos, you can bet that the owner will have ordered the problem corrected, leaving you with no visual evidence.

Always Get a Good Attorney for Your Slip and Fall Accident

Have you or a loved one suffered a slip and fall accident? Don’t try to handle the case alone. The property owner will have attorneys with many years of legal experience working on his behalf. Shouldn’t you have the same?

It wasn’t fair that you had a slip and fall accident, and it definitely won’t be fair if you get cheated by the defendant’s aggressive insurance lawyers. Instead, contact the professionals at Los Angeles Legal Solutions today, and let us fight to get you the money that you deserve.

previous
Property Damage Lawsuit: Everything You Need to Know
next
10 Key Benefits of Hiring a Personal Injury Attorney